You are here: Home / Uncategorized / The Gospel of Grace for Mormons 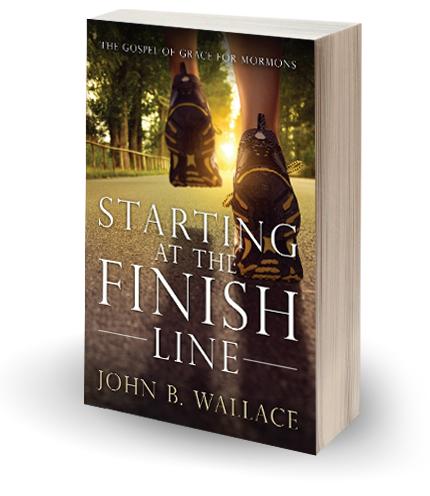 You’ve probably heard the polls that Mormonism is a fast growing religion in the United States (although the polls don’t say how many are leaving the Mormon ranks).  You’ve probably seen and/or talked to those well dressed, polite Mormon missionaries.  But you may not have read an account by a man who was a “by-the-book” Mormon for 20 years only to leave Mormonism because of its inconsistencies and because of its emphasis on good works for salvation.  This book, Starting at the Finish Line, was written by a man who has that story: John B. Wallace.  He was in many ways a devout Mormon who ended up getting “burned out” by Mormon doctrine and practice.